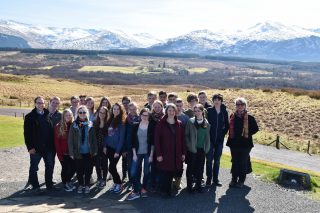 Written by Anna Hofer, student of 6B


On the 24th of March the 22 Latin students from the 6th form headed off to Scotland for an amazing and memorable language trip. The group was accompanied by our great English teachers Mrs. Auer and Mr. Weis, who did an amazing job on organising the journey.

After weeks of pleasant anticipation and preparation in our English classes we eventually set off to Scotland on Friday, the 24th of March. We left school in the morning with the bus heading for Munich. We managed the check in and the security checks at the airport without any problems and even though our flight was delayed we all were in a good mood by the time we arrived in Edinburgh. An intern of our language school welcomed us and took us to our first accommodation, the Cowgate hostel. The hostel was quite small and we had to share one shower with twelve others but this was compensated by its great location just in the city centre. In the evening, we had dinner at the “Filling Station”, where some of us had already tried some traditional Scottish food. Afterwards we went for a walk along the Royal Mile up to the castle of Edinburgh, where we got first impressions of the city.

Saturday morning, we started our Highland tour and first met our guide Anna, who has done an amazing job on guiding us through the Highlands with its most important sites. Due to our compact program, we had breakfast at the bus while we were going to our first stop: the Kilmahog Woolen Mill. There we could take photos of the scenery and buy gifts and coffee in the shop there. Actually, we were all watching out for highland cows, which usually can be seen in this place, but unfortunately we couldn’t see any.

Our next item on our program was the Glenturret Whisky Distillery, where we attended a guided tour through the distillery. We heard some interesting information about the process of distilling whisky and special attributes about the Scottish whisky. Since this was a school trip none of us was allowed to buy some whisky or even drink it but instead we all drank Irn Bru, an orange soft drink which is said to be drunk after a night of drinking whisky.
For lunchtime, we stopped in the city of Crieff before we headed for Killiecrankie. Killiecrankie is an historical pass where battles took place. We went for a woodland walk through the pass and came across the Soldier’s Leap. This is a river valley surrounded by rocks and according to a tale it is called like this because it was the place, where a soldier jumped over the raging river to escape his enemies.

The following sight was the Culloden battlefield, where the final battle of the Scottish people against the Englishmen took place. You can still see the frontlines marked with flags. Some of our group were especially excited about that place because of the famous series “Outlander”, which was filmed there.
After that long list of sights we had visited on Saturday we all were glad to finally arrive at the Inverness Youth hostel. Some of us still had enough energy to go for a walk around the city of Inverness, others just stayed in the hostel.

The next day we left the hostel just after breakfast and headed for Clansman Harbour at Loch Ness. After taking some gorgeous photos we went on board of a ship with which we sailed to Urquhart Castle. In fact, the castle is a well-kept ruin with an amazing view over Loch Ness. We heard about some history of the castle from a guide, who was by the way already wearing his summer clothes like short shirt and so on.

Our lunchtime we spent in Fort William, a little village which is famous for its locks, also known as Neptune’s staircase. To get some information about the geological genesis and wildlife of the Scottish Highlands we visited the Glencoe Visitor Centre, where we could also go for a short walk around the centre. Afterwards we stopped at a memorial to the victims of the Second World War. There we also had an amazing view over the landscape of the Highlands and of the highest British mountain, called Ben Nevis.

At the end of the day we were heading to Edinburgh with a stopover at the seaside, where we could already see some crazy Scottish people going swimming in the sea. In the evening, we arrived at the Mackenzie School of English where we just stayed for a short while before our host families picked us up or we were taken there by taxis.

Most of our host families were really nice and friendly and welcomed us openhearted. The families were located in different distances to our school so it was quite a challenge to enter the correct bus and hop off at the right bus stop. Most of the families also hosted students from other countries. For breakfast and dinner, we stayed at our host families and tried the typical food they eat in Scotland which was most of the time just oven-ready meal.

The language school was located in Leith, a part of Edinburgh. The house was quite small for so many students because there were groups from Austria, Italy, Spain and Russia. Every day we had some sightseeing program in the morning and two lessons in the afternoon with different teachers. On Monday, our first day at the language school, we had a placement test and were separated in groups of different levels of English. After the test we got an introduction into Scottish culture as well as language by Charlotte, a member of the staff. The classes were primarily based on speaking which was promoted by group tasks.

On Monday, our first day at the language school, we did an activity called “Get to know Edinburgh”. We were split in groups of four and every team got an iPad with a map on it and tasks to fulfil. Then we were free to walk around and visit the hotspots and historical sites in Edinburgh.

The next day we visited Edinburgh castle, which is located in the centre of the city and at the upper end of the Royal Mile. There we could see the impressive building, the huge cannons, the crown jewels, the prison and much more. You also have an amazing view over Edinburgh from the Castlerock, as the hill on which the castle was built is called. At the same day we had some program at school in the evening. We could choose between games night and lateral thinking, which were both amusing and enjoyable.

On Wednesday, we started the day with a hike on Arthur’s seat, the backyard mountain of Edinburgh. Unfortunately, it was very foggy so we couldn’t see much of the amazing view from the top of the mountain. In the evening that day, we went to the cinema to watch the film “Life”, which is a frightening but well-made science-fiction film.

Our program for Thursday was the visit of the Scottish Parliament. It’s placed in a very modern building which doesn’t match with the rest of the city, what is quite a pity because it kind of disturbs the city’s flair. After that we walked through Holyrood Palace, the summer palace of the Queen. In the evening our school organised a Ceilidh-Night, which is a traditional Scottish dance event. We danced to traditional music, some of us wore a kilt and there was one man playing the bagpipes. All in all, it was a lot of fun.

On Friday, we had a free morning so we all went shopping in the city centre and bought some gifts and souvenirs. Before we got home to our host families that evening we visited the beach in Edinburgh called Portobello. That was a quite good conclusion for our trip because the atmosphere there was amazing.

Saturday began very early for us. We had to get up at 2 a.m. and taxis picked us up at our host families. Our flight took us directly back to Vienna from where we hopped on the train back to Waidhofen.

All in all it was an amazing trip and it’s a pity that it has just lasted for one week. Due to the good organisation by our teachers we could really enjoy it and we all would definitely do it again if we could. 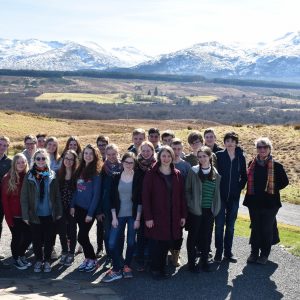 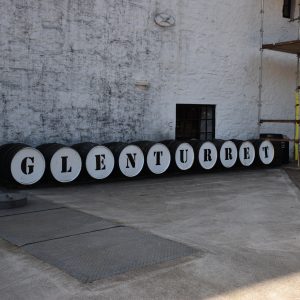 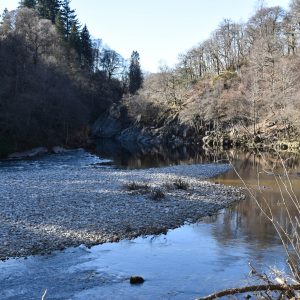 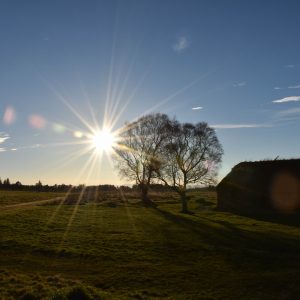 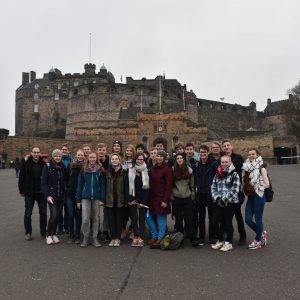 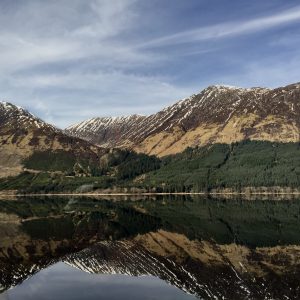 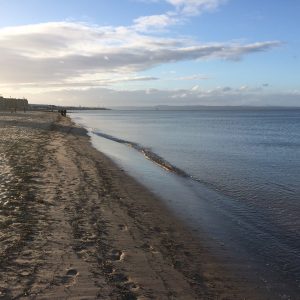 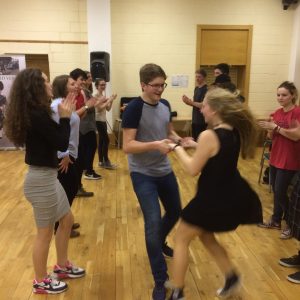 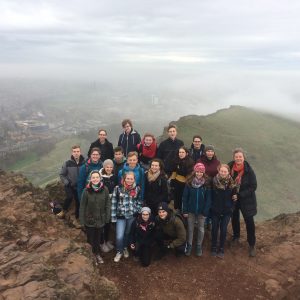 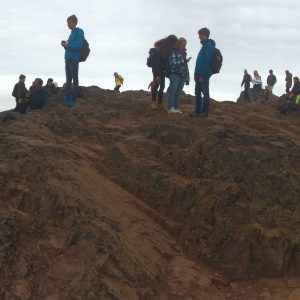 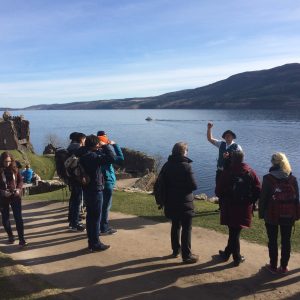 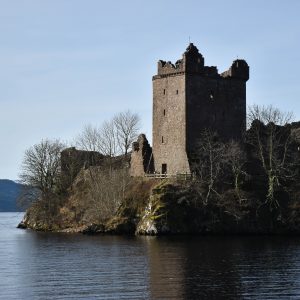 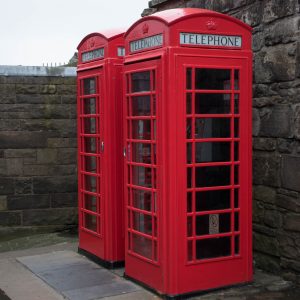